The first encounter, between room-mates sexy cowgirl Cheyenne and lovely Coral Sands, arises because there's nothing in the fridge except for one banana. Coral tells Cheyenne to keep her hands off it but feisty Cheyenne responds by threatening to not only take the banana but also Coral's boyfriend! Then the fight is on. It's loaded with lots of face-sits, schoolgirl pins, breast smothering and scissors.

The ending is simply awesome as the winner pins the loser and eats the banana in front of her defeated foe. Ever merciful, she offer to share the banana which she does by placing a bit in the other girl's mouth and then face-sits her, smashing the disputed fruit all over her face! 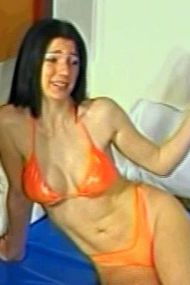 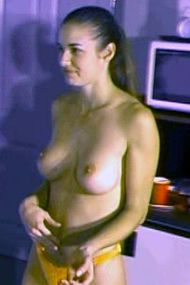