Filmed in July and August of 2009, this exciting pair of grappling catfights has been shot in a large garage studio. There are no ropes, just acres of mat space to encourage sustained and uninterrupted female combat. Hairpulling is allowed, but it's pins that really count. There's also no nudity or posturing here - just genuine British women intent on fighting and intent on victory. The first match is a truly tantalising clash between a 39-year-old and a girl of 19, a battle of the generations. Although the pin count is loaded to one side, there is no lack of rivalry in this extraordinary encounter that sees both contrasting combatants perform with breathtaking determination.
Teenage Ivy is back in the second match, this time fighting 28-year-old Holly.
This is a tactical affair that swings one way and then the other, and there appears to be no love lost between these two as they grind towards a conclusion that leaves one ecstatic and the other bitterly disappointed, as the post-fight interviews reveal.

This is one of those delicious matches of contrast, in which those of you who love seeing slightly older women fight much younger rivals will hit the jackpot. Pinky, almost 40, is slim, attractive and blonde - while her opponent, 19-year-old student Ivy, packs her fit, curvaceous young body into a stunning bikini. When the fireworks start, both go for one another - each grappling catfighter must pin her opponent's shoulders to the mat for a three-count. The venom between them can be heard and seen as the match progresses, and the second half is even more ferocious than the first.

Even though Pinky is the one controlling things, racking up an overwhelming score, the beauty is that Ivy just fights harder and harder, writhing like a cat, fighting almost to the point of tears, unwilling to be humiliated by the plainly superior older woman. You can tell that for Pinky, exhausted herself by the end, this victory over a girl young enough to be her daughter brings her massive confidence and the sweetest satisfaction. 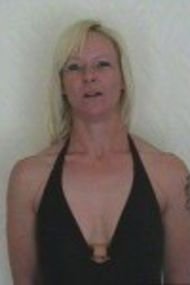 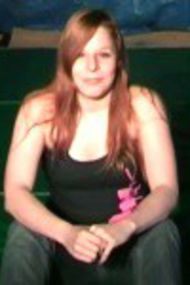 Rising star Ivy, just 19 years old, is inexperienced but incredibly plucky - and looks great in a bikini. Here she takes on tall and slim 28-year-old Holly in a grappling, hairpulling catfight. Both women may be intelligent, articulate and university educated, but when they get to grips, there's clearly attitude in the air, and they become like any other pair of fighting females - two rivals intent on proving themselves the better woman. Both are wary, reluctant at times to engage fully, but when they do, it's war.

There's plenty of mind games, goading and verbal assaults from Ivy, and Holly replies with some determined hairpulling, using the teenager's very long locks to her advantage. But Ivy hasn't come here to lose - with tempers in danger of bubbling over she takes all Holly can give and drives it straight back at her, with pins exchanged on both sides. We won't give away the outcome - you'll have to see for yourself. 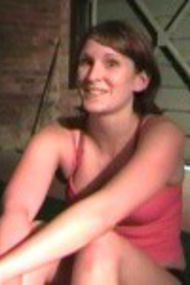