The second event is a much more gentile all-English affair, involving heavyweight and buxom Tigger against the ever-popular blonde Lucy. Breasts and crotches are again the main targets of attack as Tigger smothers the fallen Lucy with her larger chest at the same time as removing her victim 's bikini bottoms.

see all series E79 downloads
If close breast and pussy punishment is your bag, then at the end of this production you will be saying "Thanks for the mammaries"

Here we have two lightweight, topless and very feisty Argentinian combatants doing duel on a double mattress in the confines of a small apartment. In white, Faby is immediately held in a headlock and goes crashing into the wall. Her opponent, Zoe in red briefs, shows no mercy as she squeezes Faby's ample breasts. The action is fast and furious as each girl tries to subdue the other with chokes, clawing breasts and crotch holds.

One girl wears down her foe with nipple pinching, strangulation and chinlock to extract the necessary submission for the first fall. The second session starts with a knee to the groin area only to to responded to with further breast grabbing. A head butt to the stomach, crotch mauling and leg scissors are applied in this war of attrition until an equalising scream of submission is rung out. A choke hold and agonising breast clamp concludes the match. 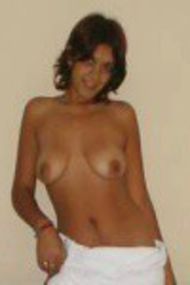 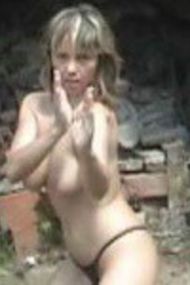