The second match takes place in the open air. Apple is a cheerful, very physical black girl and long-term Festelle favourite Lucy makes an ideal opponent for her. Once again breast-attacks play a significant part in the encounter with Lucy's womanly bosom an obvious target which Apple doesn't fail to exploit.

Lucy isn't an unwilling victim though and when Apple's hands start to creep lower down her body Lucy obligingly parts her thighs to make things easier...

The first match offers an exciting contrast in bodies. Pam is dark-skinned, her firm body glowing and fit. Long-legged Morrigan's milky-white tattooed torso conceals strength and yes, aggression too! There's an energetic start with some challenging verbals followed by a surprisingly early submission from Pam.

This early setback however only makes the dark girl even more determined and the boot is soon on the other foot, though not before she's attempted to crawl off the mat and is ruthlessly brought back! But then Morrigan finds that her big breasts are a vulnerable target for her opponent, who also takes the opportunity to face-sit the bigger woman. 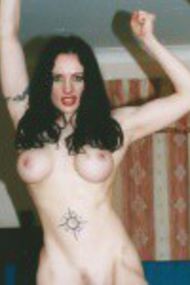 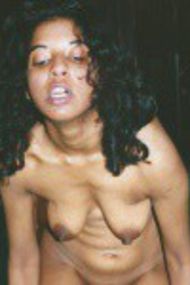