The action switches to Mr. Big's apartment near London where the lovely Tina is striving to ingratiate herself with him.

Then the cash turns up in the hands of glamorous Dawn but all hell breaks out when he gets them to fight - in the nude. 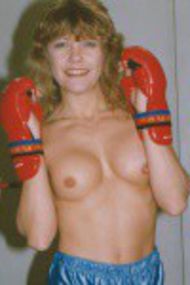 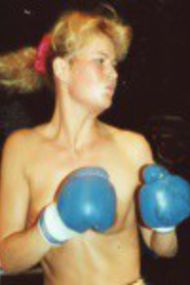 see all series FV135 downloads
These two made a welcome ' splash' in 'Roman Rivals' (FV108) so many will welcome their return.

This is the first joint production; the first part being filmed in the US by Crystal , and the second part in Britain by Festelle.

The scene opens in New York , where 'Alpha' is on the phone, helping to hatch a plot to overthrow the British Royal Family. She's told to expect a courier named Terry to bring the money, but after dressing carefully and seductively for her visitor, Terry turns out to be a female, and a lustily built one at that!

The resulting fight is long, hard and soon naked, but eventually the money is recovered and sent to Britain , where it will help finance the operation.