Lara makes her debut for Nottingham Ladies Wrestling Club in this exciting, all-action clash with Opal. And she certainly has her hands full.

Opal takes the fight to the firm-bodied beauty in definite terms with her judo background she can (and does) bring a lot of expertise and mat savvy to this fight. 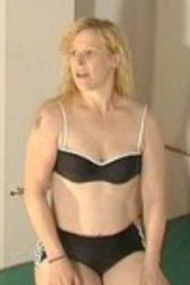 We feel secure in stating that the 2nd match is the roughest and most competitive wrestling match we've filmed to date. Raven-haired beauty CJ is tall, strong and curvaceous more than a match for most women. In Sam though, she's up against one hell of a fighter.

Older and heavier than CJ, Sam has up to now specialised in savage, no-holds-barred catfighting no wonder she has such a reputation as a brawler. The action here is fast and furious, with both women enjoying their share of dominance, and both scoring a variety of humiliating and sometimes painful holds over their opponents. Full nelson, leg and ankle locks are just a few. 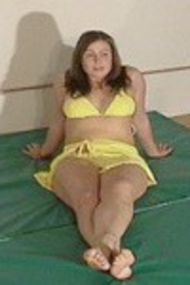 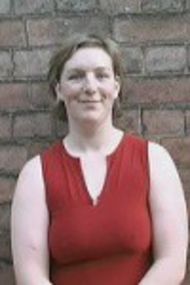 Opal couldn't wait to get to grips with sultry brunette CJ in the 3rd fight. It isn't long before these two are wrestling for all they're worth. as always, nothing fake, just powerhouse, full-blooded action.

These girls prove so strong that even our mats start to become unstuck as they grapple!