The second match is unique. It's so very aggressive that we've only decided to offer it to our customers after some hesitation. Stephen is determined to prove to himself that he can master a woman in single combat, but in Danni he's faced with just about the most unyielding opponent possible. Danni just hates to lose (see FV125!) and, when she realizes that winning isn't going to come easily, she just flips, and hurls abuse at her opponent. A short fight but...whew! 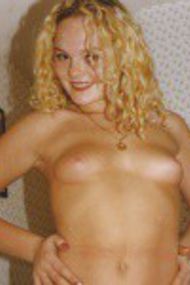