This, as they say in football, is a game of two halves, with first Lilly and then Apple in full control of this sexual black versus white tussle. Both girls wear only thongs and heeled PVC boots, and from the start of their lightly contested wrestling there are whimpers and cries from cute black girl Apple. These continue as slender Lilly puts her into a reverse facesit pin from which she proceeds to toy with her nipples and pussy.

Leaving nothing to the imagination, Lilly even pulls the tight fitting material of her thong away from Apple, and plays with her own perfectly formed breasts as she punishes her. Then, the tables turn, and it's Apple doing all of the same things to Lilly. Apple takes special delight in getting down low and close to Lilly's crotch, occasionally spanking her and pulling that leather thong taut and painful between the blonde beauty's legs until she can take no more. 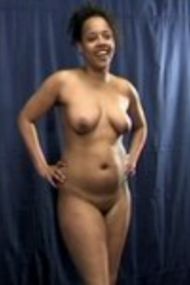 A sexy duel between two black girls, Wildcat and Ugly Betty are wearing nothing but skimpy thongs and shiny black, PVC boots in this arousing encounter. Wildcat soon takes up a sensual facesit position that evades even Betty's beautifully long, booted legs that constantly quest upwards to tray and snag her opponent off. Then it's Betty's turn to be in control -; -;You're not getting up this time,-; she chides, though she is wrong as sexy, lithe Wildcat is soon back where she was before, reaching back to fondle Betty's breasts.

It's a temporary reprieve though, as Betty soon proves herself the true dominator, rubbing both Wildcat's crotch and tits in sheer joy, while wriggling and grinding her own barely concealed mound onto her opponent's face. Towards the end, Betty simply leans back and enjoys herself, fully in control, as time -; and Wildcat's challenge -; ebbs away.